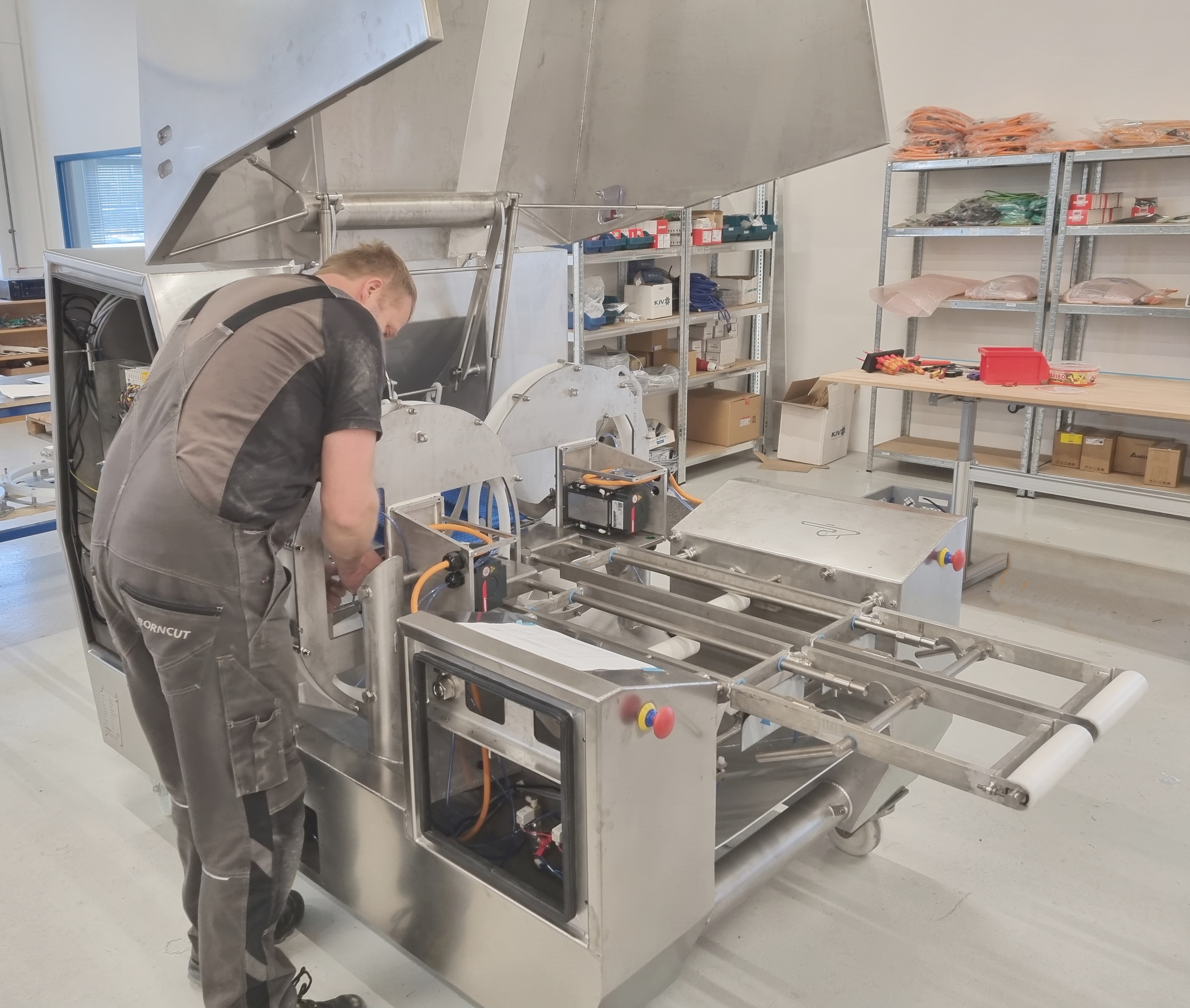 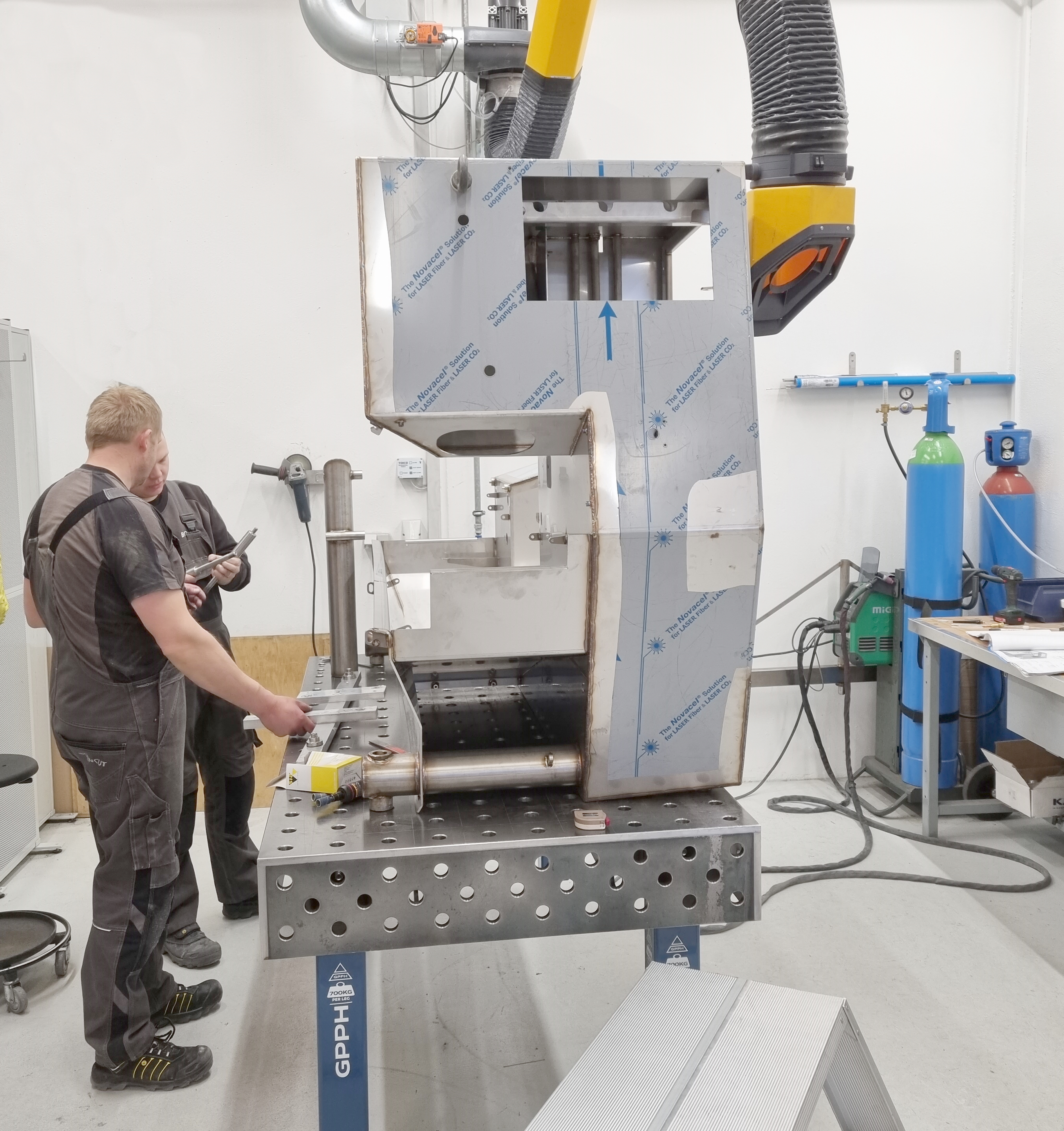 The founders of Borncut invented the “portioncutter” as we know it, as early as 1992. At that time, they were employed at the company NORFO, a small company bases on Bornholm. NORFO was sold the Danish company Scanvaegt International, which later again was sold to the Islandic company Marel.

The following years, and as late as December 2015 the Portioncutter was further developed and produced on Bornholm.

In March 2015 Marel decided to close down the factory and all operation on Bornholm and moved the operation to their factory in Jutland by the end of 2015.

This was the trigger and a starting point, for a decision starting up our own company, and develop a new Portioning Cutter, that could fulfill our own demands.

The first location was a small office at “Møbelfabrikken” in Nexø,  – a startup facility.  In October 2016, we moved to a larger location, at Almindingsvej in Rønne, were we established both office and workshop.

In March 2017 the new Portioncutter BC 225D, a Dual machine and the BC 225R single machine, was released for sale.

Medio 2021 the servo controlled Equalizer 225S was released. This unit is capable of sorting out portions and manipulate the distance between the portions.

November 2021 we moved to a new and bigger facility at Lillevangsvej in Rønne.